With tons of cool people and great weather year-round, Los Angeles has a lot of attractions for its citizens. Unfortunately, these attractions also result in many mosquitoes living in the area. For those in Los Angeles and Orange County, CA, it seems like mosquito bites are inevitable. However, they don’t have to be. 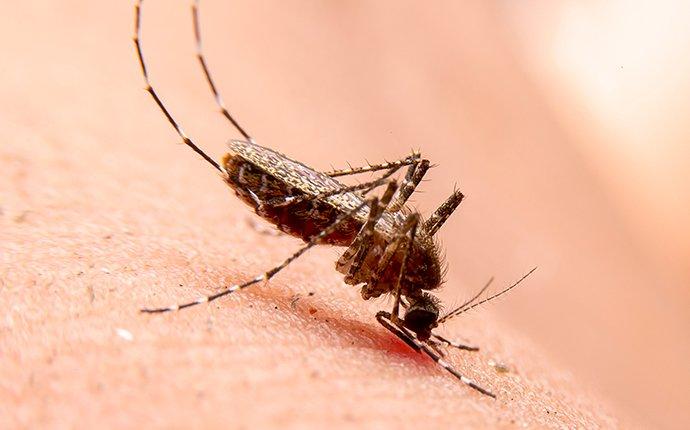 You might not know this, but mosquito problems can be prevented on your property. They are also a far more dangerous insect than you may realize, making their prevention a priority. Here’s what you might not know about mosquitoes in Los Angeles.

There are three different species of mosquitoes in Los Angeles, but they all have similar characteristics. Mosquitoes grow between 1/10 and ½ of an inch and have black bodies with white stripes. They have body length wings, two short antennae, and a long nose-like proboscis. Mosquitoes often look larger than they appear because their six legs grow longer than their bodies, giving them an outsized, gangly appearance.

Often, you won’t see mosquitoes flying nearby, you’ll only feel them after they have bitten you. Mosquitoes are fast and silent insects, typically landing on your skin for only a few seconds to draw blood. Mosquitoes mainly bite because an animal’s blood helps them reproduce and lay eggs.

Are Mosquitoes In Los Angeles Dangerous?

Mosquito bites aren’t just annoying and itchy, they have the potential to be quite dangerous. Mosquitoes have been described as some of the most dangerous animals on the planet – not because the pests themselves are deadly, but because their bites can harbor some seriously dangerous diseases.

In Los Angeles alone, mosquito bites have been reported to carry Zika, dengue fever, West Nile virus, yellow fever, and chikungunya. These illnesses can have serious repercussions and land people in the hospital, especially threatening older people or anyone with a weakened immune system.

The good news is, residents in Los Angeles and Orange County can do a few simple things to make their properties less inviting to mosquitoes.

In truth, there’s not a lot out there that dissuades mosquitoes. These ubiquitous pests keep coming, and DIY methods and products like tiki torches and citronella candles aren’t effective enough. When mosquito problems are too much to handle, your best bet is to contact the pest professionals at Admiral Pest Control for advice or assistance on controlling your mosquito problem.