The Brown Widow Spider Take Over

One piece of good news: Brown widows are less toxic than Black Widows. Their bites can still be painful but are not likely to end you up in the hospital like a black widow bite.

Brown Widow spiders are not native to the US. They first arrived in Florida around 1935. Within about 80 years, they spread across the country, showing up in California. When researchers sought out black widows in what they thought would be a likely habitat they were surprised to find brown widows instead. It made no difference if they looked in urban or rural areas. It appeared that the brown widows had taken over from the black widows. RV's, cars and trucks seem to be their preferred mode of transportation which caused their rapid spread across the country. 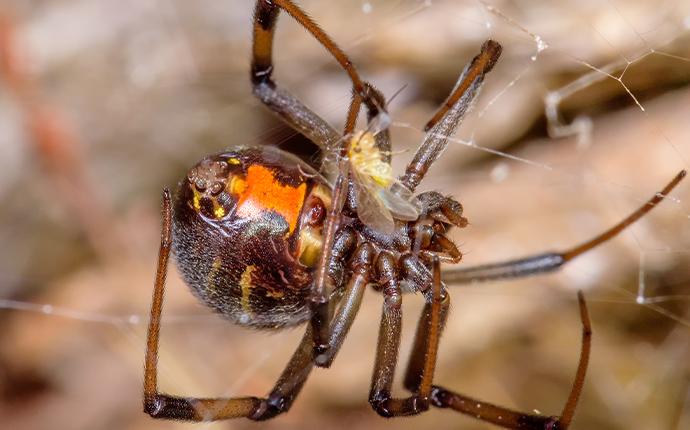 You can find them ranging from dark-to-light brown. Their markings vary - yellow, black, orange, brown or white is on the back of their abdomens. That range makes them tough to recognize. The brown widow does have the characteristic hourglass marking. But unlike the black widow, the brown widow's hourglass is orange to yellow-orange in color.

How can I prevent them?

Be proactive in cleaning and removing webs and reducing clutter outside your home. Any unintended holes, spaces, or cracks should be sealed. And don't forget to weatherstrip.

What if they're still around after cleaning?

You may have to ring up a pro and get them on-the-case. Not too big of a problem? Shoot a spot with some store-bought insecticide. Often times the cause of a population of spiders is another pest (crickets, ants, cockroaches, silverfish, etc) which make great food sources for an expanding spider population.

VERY courteous and professional technicians. Thorough job done each time they come out to spray. Office staff and technicians answer any questions I have in a courteous and thorough manner. Always on time. Would HIGHLY recommend!