Prepping For Termite Season In Orange And Los Angeles Counties

Although there are certain times when termites are more active than others, termites are the kind of pest that poses a problem to homeowners year-round.

Termites mainly thrive in warm conditions ranging from 75-95 degrees Fahrenheit. In Orange and Los Angeles counties, especially, which have a Mediterranean climate, the homes are at constant risk of a termite infestation. It’s no wonder that termite infestations are quite common in Southern California.

Read on for more about the types of termites in Orange and Los Angeles counties and how long it takes for termites to destroy a home when it is termite season. Learn how to prep your home for termite season to evade a termite infestation. 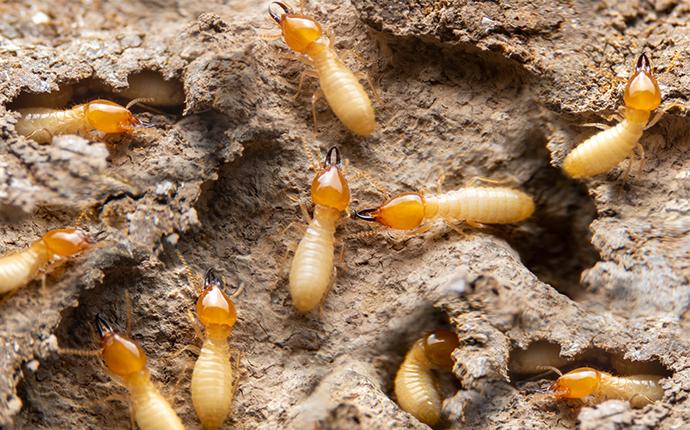 What Are The Types Of Termites In Orange And Los Angeles Counties?

In Orange and Los Angeles counties, there are three types of termites that homeowners need to be vigilant about:

All three pests are known to cause significant damage to homes and their items. Western subterranean termites are the most common termite species in Southern Los Angeles and much of the United States. Western drywood termites can be the most difficult to detect, as they infest deep into the wood.

How Long Does It Take For Termites To Destroy A Home?

On average, it can take up to three years for homeowners to notice a termite infestation. Within as much as eight years, termites can destroy nearly all the wooden components of a home, including structural elements, furniture, and other items, such as picture frames, books and magazines, and paper documents.

If you have a large infestation of over a million termites, which isn’t all that uncommon, significant damage can be caused in under two years.

When Is Termite Season In Orange And Los Angeles Counties

Termites can go undetected for quite some time, but they become noticeable when they swarm. Swarming occurs when termites exit homes through cracks and crevices in the foundation or other damage and reach the air for the first time. The insects will collect in certain areas, or swarm, for 30 to 40 minutes at a time, after which they retreat into their hiding place.

Formosan termites swarm at night and in late May and early June. Western subterranean termites are the most common termites in Southern California, and they swarm in the spring, and Western drywood termites infest in the late summer and fall.

How To Prep Your Home For Termite Season

The single most effective way to prep your Southern California home for termite season is with year-round pest control. The family-owned professionals at Admiral Pest Control have been serving Orange, and Los Angeles counties since 1974 and are equipped to handle termite infestations and all kinds of other pest problems. If you suspect you have termites or for advice on other pests, call Admiral Pest Control today at 1-866-400-1915.

In addition to regularly scheduled pest control, there are a few other measures that homeowners can take to keep termites out of their homes:

David was wonderful - professional, thorough, friendly, knowledgeable and with an expertise that left me with a feeling that my home and its maintenance are in good hands. Thank you!!